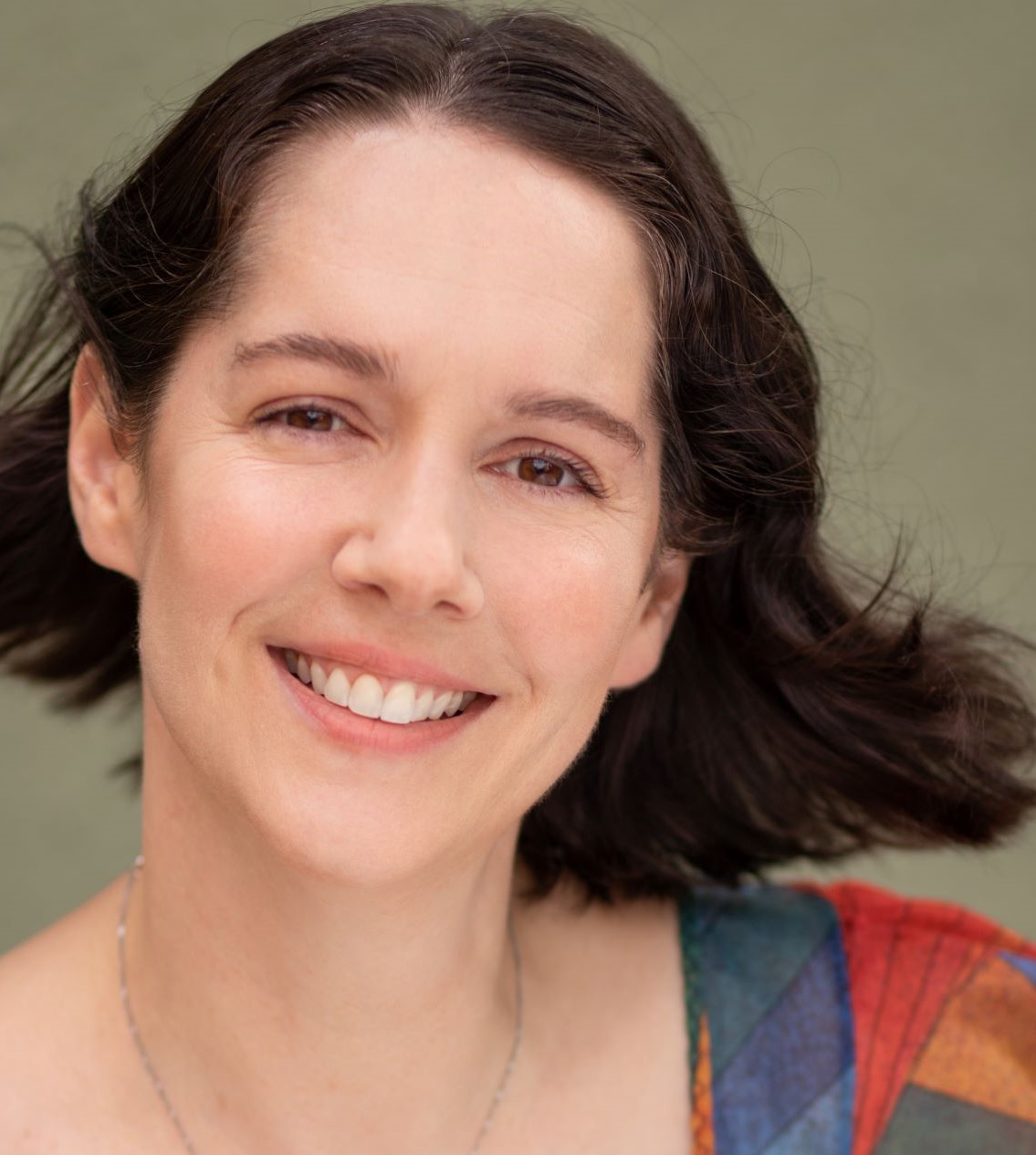 I have always been captivated by films, but theater has always felt much more accessible to me. I love live performance and it will remain a huge passion. The shift to film started when I began to feel frustrated with the lack of opportunities, and the fact that audiences in theater are small and elite. And theater is fleeting. Over time I started to yearn for a wider platform that I could build a body of work. And ultimately to find my place in a story-telling career that isn’t dependent on someone choosing me
for a role. I’d been thinking and talking about wanting to “produce films” for a while and the universe answered one night when I ran into an old friend who ultimately asked me to produce her film Sweet Tooth . That night changed the course of my life.

I will have to say no because I have not officially attended a film institute. I always joke however I was an ‘honorary student’ because I have had the benefit of externally producing three AFTRS Masters films. My ‘film school’ was doing the practical, asking the dumb questions, and trusting my instincts. It gave me valuable insight into the AFTRS experience for the three directing students I collaborated with. To me the best thing that comes from attending an institute is the connections you make with like minded
people, it intensifies and speeds up the process of finding your tribe. It also has the obvious benefits of great facilities, resources and learning to be accountable, which I think for a producer is a very valuable tool. I know some people believe an institution can dampen creativity but if you are a true filmmaker you will fight for your ideas. If you are interested in attending film school, particularly as a director, I think it’s important you know yourself as an artist and have a strong vision of your style and your
storytelling voice. To get that piece of paper wasn’t important for me because I didn’t want to be institutionalized. So I would say do the same thing, learn the craft by just getting out there and doing it. However, choose your projects and collaborators wisely. That will be the secret of your success.

It’s harder to keep going. Recently I hit an emotional and physical wall. I think it could have been the start of a potential burn out from back to back indie projects and the pressure I was putting on myself. To be a filmmaker you have to have incredible courage, resilience, self belief and an excellent work ethic. I couldn’t find the joy in the work anymore and small hurdles were feeling like mountains. The ‘particular thing’ I think I had to conquer is knowing my self worth, learning to be kind to myself. I had to
take my own mental health check, to reevaluate, and to consciously set myself some boundaries. Also set time goals that would enable me to move forward rather than feeling static. Filmmaking has to be a long term picture so to find strength to ‘keep going’ when it feels tough has to be key.

To let go and go with the flow. As a producer I’ve learnt instinctually that you are facilitating a director’s vision. You can be a sounding board, a guide, a support, whatever you want to call it, but you cannot be a dictator and have an ego. That will never have a positive effect on any filmmaking environment. We all have egos, so to me an important lesson early on was letting go of any ego, and allowing the director to be the director. If you want to be a producer don’t secretly want to be a director. Go be a director.

The production realities are that it was self funded for the benefit of ARACOURT producing their own work. I was a small cog in this wheel, as these ladies are extremely self sufficient and made it all happen.
We had all worked with Greg Poppleton on another film project and loved him so he was an obvious casting choice. Everyone worked as a volunteer on this film. To give time and expertise for free everyone must surely feel the credit is beneficial, and mine was to understand how stop motion is made and be part of what I knew would be a quality animation. Cohesion comes from a strong vision and everyone working towards the same goal. There are often compromises and surprises but stop motion is a lot
more of a controlled environment than making a live action film, so I didn’t feel this was an issue here.

I believe as a producer you make your artistic choice by the script and director you choose to work with, so they are both crucial choices that ultimately are about your taste. With CNUT , I was not involved in
artistic choices during the making, I left that to Courtney and Ara as I completely trust them. Both women are strong visionaries with very clear ideas, so it’s basically allowing them to do their thing. I like to question a director’s choices at times so I can know that I am on the same page with the artistic vision and to explore that the choices made are the strongest they can be. Generally someone I choose to work with I make sure I know their work a little and like what I see – then the artistic choices are
sympatico.

I have worked with Courtney and Ara twice before we did CNUT . I knew of their work on Theo & Celeste. They were production designers on The End, The Beginning, which I was part of the cast. I then invited them to work as standby props on This River , shot in the Northern Rivers. Their talent as designers is obvious, their work ethic is super strong and they are decent humans. I could see their passion and drive, combined with their willingness to work hard and back themselves. I admire that and I am drivento help people who help themselves. Abigail Portwin, our editor, is an old friend from my performing days and we’d just worked together on a music video clip. The rest of the crew was new to me, but when you find good people you try to keep working with them to build the relationship.

I don’t think you should ever worry about what audiences want, you have to create work you want, and surely someone else will feel the same way! What did Taika Waititi say “ ..in America the word- divisive is seen as like a swear word. But for me that just means it’s art.” Of course it’s 101 filmmaking to have to ask ‘who is the audience’, but surely not what they want, because then you are likely to be following a previously successful formula. I think that’s safe and boring. Richard Keddie said he wanted Ride Like a Girl to have “that old-fashioned matinee feel”, and I thought the film captured that beautifully and maybe to many people’s surprise it was a hit at the box office! The Nightingale had very limited success at the box office but that doesn’t mean to me audiences didn’t want it. It was just a tough sit through. Jennifer Kent doesn’t feel like a filmmaker who considers what audiences want. Her films are so brilliant.

I wish I could say they have played a greater part in my life, but COVID. I was really disappointed not to be able to attend the St Kilda Film Festival when Sweet Tooth got in as I hear that’s a really fun festival. They are totally necessary for bringing filmmakers together to celebrate their hard work!

Someone I can learn something from. Someone who will push me. Someone who knows more than me. Also people with a can-do positive attitude. No nay-sayers please.

I’d love to say write with reckless abandon as I love ambition, but if you are early in your career and trying to get your first script up then I’d definitely recommend a writer to think like a producer. But maybe I just say that because I’m a producer!! But look bottom line if you have a great script and there are, for example, fewer locations and less characters, then it feels more manageable for a budget and might be more likely to get made. Then you can write your next one with reckless abandon!

Generally projects have come to me when they’ve already had an initial early stage development. It’s up to your producer brain to see potential or not in that early stage whether to move forward with a project. But generally the script has to be in a strong starting place with well drawn characters and an intriguing story to get my attention. I’m not a producer who rewrites anyone’s work, but maybe one day I can produce something I write! I think that would be the ultimate position as a producer.

A full blown fantasy film? Maybe shot in the Scottish Highlands! Somewhere remote in incredible nature. I love period films, so something period shot in Prague wouldn’t be too shabby! I’d also love to
get an incredible TV series under my belt with strong female characters.